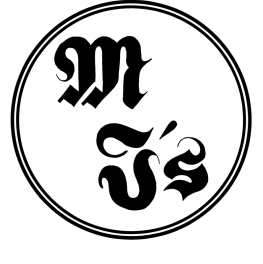 MJ's in the Media 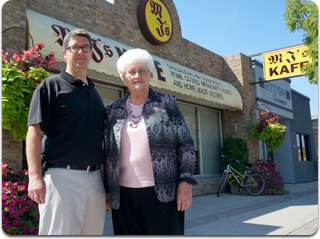 
Tuesday was a milestone day for Steinbach's MJ's Kafe.

The restaurant opened in 1981 and was purchased by the current owners, the Bartel family, in 1988 and celebrated its 25th anniversary on Tuesday. Owner Bryan Bartel says they have been a large part of the community over the years, as they have hosted numerous engagement parties and had multiple weddings planned within their doors. He explains while a lot has remained the same after 25 years, there are some things that have been changing.

"I would say the biggest thing is our customer base. We have our core of loyal customers, but that has broadened and expanded, which is the exciting thing."

Bartel notes the demographic has widened as many younger people have begun coming in. His mother Margaret, who ran the store before him, says they owe most of their success to their staff and customers. She explains while she is retired, she still gets to enjoy the same highlights she did when she ran the store.

"We have very much enjoyed our customers. Over time they have become very good friends. We also really enjoy our staff, we have some staff members that have worked for us for 25 years."

The Steinbach community has also become very appreciative of MJ's over the years, as customer Bertha Klassen says it has become something of a landmark in the city. Klassen notes her favourite item on the menu is farmer sausage and vereniki, which is part of the reason she keeps coming back.

As part of the celebrations on Tuesday, prices on some food items were rolled back to what they originally were back in the eighties, including a farmer sausage burger and fries for $2.50. Bryan Bartel says prices are just some of the things that change over 25 years, and he can't say for sure what the future holds for MJ's. However, one thing he does note will be interesting is finding out if any of his children want to take over the restaurant some day.