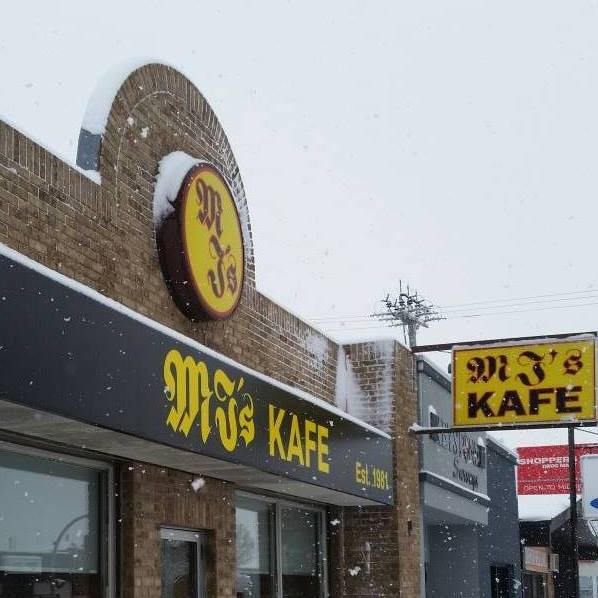 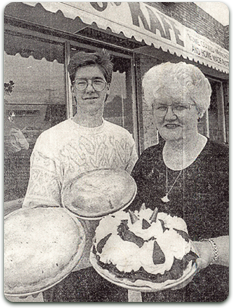 MJ's Kafé was originally o﻿pened in Steinbach in 1981 at 408 Main Street. In 1988 it was purchased by Bryan Bartel and his mother, Margaret. It quickly became a hot spot for Steinbach's best Mennonite food and fantastic homemade pies. If you are skeptical as to how good their pies really are, check out what The Winnipeg Free Press had to say:

"The menu says MJ's is famous for it's homemade pies and (unlike some other menus I know) this one tells the truth. I yearn for another wedge of that tangy rhubarb pie or for the mammoth raisin and currant tart. And I suspect I missed some real treats in the choices I didn't make— the blueberry or apple pies, for instance, or the cinnamon rolls in lemon icing."

Whenever possible, MJ's tries to use locally grown products and grows many of the herbs used in their menu in their very own garden. Most of the dishes are prepared from scratch in the MJ's kitchen. Today, MJ's has roughly 18 employees has received two very favorable reviews from the Winnipeg Free Press receiving 4.5 stars, as well as  many positive reviews in the local paper The Carillon.